In 1847 Scarborough Corporation created an organised fire brigade using equipment provided by various insurance companies and appointing a Fire Brigade Superintendent. The photograph display depicts the development of the engines from hand powered pumps through steam to petrol powered fire engines. Many of the early large fires are covered in the photos along with other notable fire brigade events at Scarborough. With the advent of WW2 and the creation of the Auxiliary Fire Service (AFS) the number of Scarborough firefighters went from around a dozen to over one hundred and twenty in 1939. However in 1942 the National Fire Service (NFS) was formed by absorbing all the fire brigades in the country plus the AFS and Scarborough Fire Brigade disappeared after 95 years. When the war was over Scarborough’s firefighting arrangements were placed in the hands of the North Riding County Fire Brigade.

The fire service has strong connections with the navy as many of London’s Victorian firefighters were ex-sailors and because of this many of the terms used by the fire service are naval terms.

A book written by Les Shannon tells the full history and is available from the SMHC, signed copies price £5 + P&P. 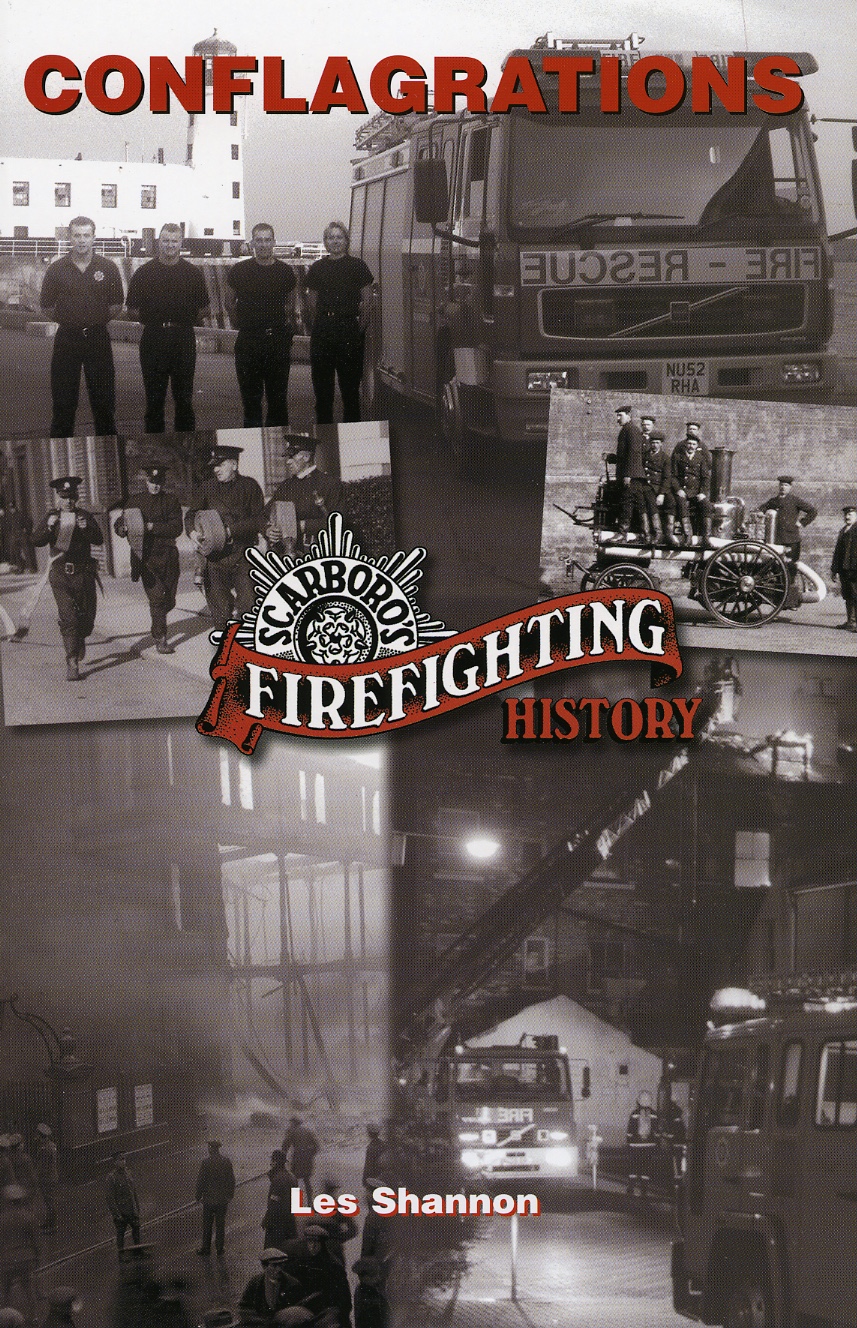