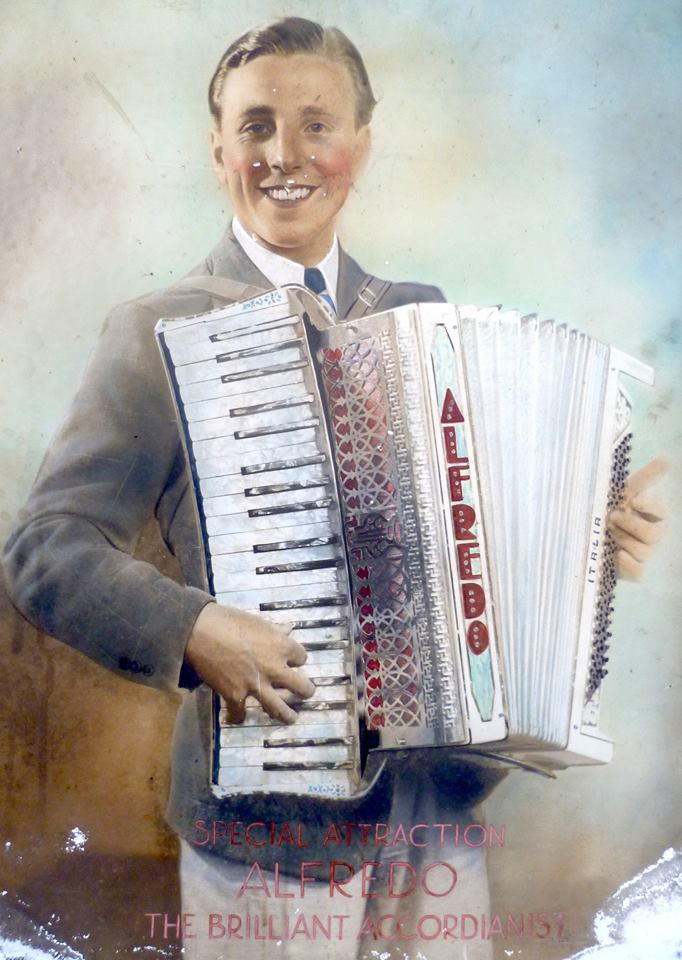 The President of the Scarborough Maritime Heritage Centre, Martin Johnson, donated a 1930s poster of ‘Alfredo the brilliant accordionist’.  Alfredo played aboard the Coronia that was owned and operated by Martin’s family.  We photographed the poster and put it on Facebook to find out more.  Donna Di Placido, Alfredo’s daughter in law, got in touch and we met up with Alfredo’s son Mike Di Placido who revealed more of the story of his father.

Although Alfredo was born in Scarborough his grandfather, Benedetto originated from a small village near the Italian town of Monte Cassino.  Family rumour has it that his grandfather had walked all the way to England in Victorian times.  Some of the family settled in Leeds, some in Scarborough and his family started to sell ice cream – which won a gold diploma – from a horse drawn wagon on the beach, see photo. The sign says “Di Placidos ice cream sandwiches & twists 1d each”. The Di Placido family were the first Italian ice cream sellers in Scarborough. Benedetto is buried in the family plot in Manor Road cemetery and his gravestone reads ‘After life’s struggle in a foreign land’. 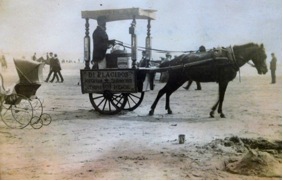 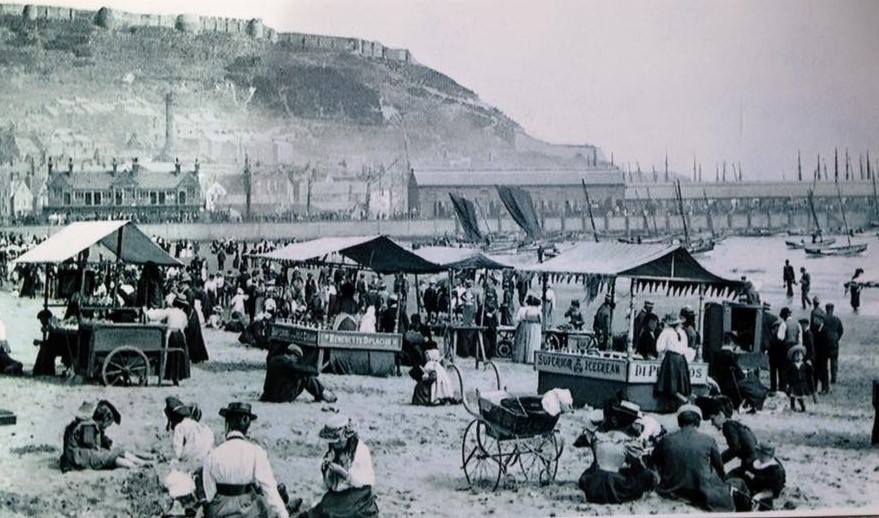 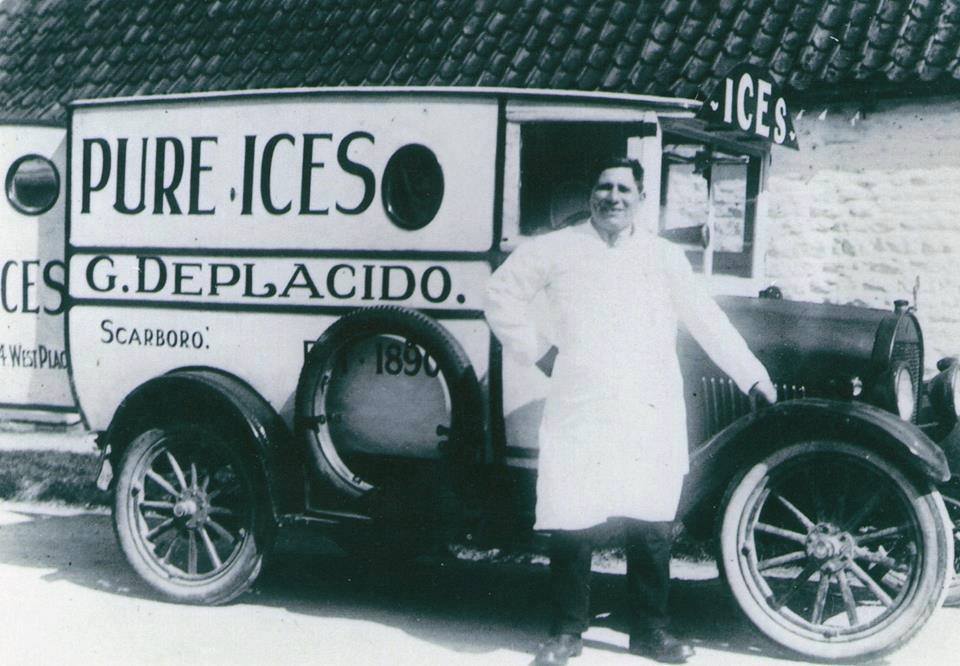 Above is George Di Placido

Benedetto’s son, George lived in the old town and he eventually developed an ice cream factory in Vincent Street.  A ‘Di Placido’ tricycle with ice cream compartment was re-discovered a few years ago in the Scarborough Museums Trust store by Mike’s daughter Charlotte, when on work placement there.  The family later had motorised ice cream vans and they travelled out to villages around Scarborough.

Alfredo was George’s son and at 17 years of age began to play the accordion on the Coronia and after WW2 with the Jack Curtis band.  Mike says Alfredo could not read music and was self-taught.  According to retired local fisherman, Alan Richmond, ‘Alf was very popular with the ladies, and the crew of the Coronia often had to row him to the west pier to avoid him being mobbed by his fans, had he have disembarked via the gangplank!’  A family story has it that he could have gone professional but chose not to.  He had 3 brothers and 3 sisters. 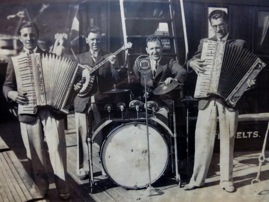 In 1944 he married Patricia Murphy, a Newcastle Geordie girl whose father was Irish and mother was Scottish.  She was a summer worker in Scarborough.  During WW2 Alfredo became a driver in the army and ended up in Belgium.  He also worked as a guard in a POW camp in Scotland and he was so popular with the Italian prisoners there that they made him the lovely wooden carving below. After the war he worked in bomb disposal and then opened the Beachcomber Bar, a cafe by the Boston Hotel in North Bay.  The family ice cream business came to an end in the 1960s. 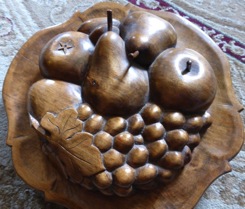 Mike said he was quite a shy person but when he picked up the accordion his eyes lit up and he began to shine.  He loved Mario Lanza, Pavarotti, Neapolitan music and also played all the popular music of the time. The family encouraged him to pick up the accordion, which they still have, and made this short cassette recording a few years before he died. Mike took up professional football as a younger man but did not take up the accordion or the ice cream business. He does write poetry, which can be seen at http://www.poetrybusiness.co.uk/mike-di-placido

‪Catherine Shipley said ‘Alfred was my wonderful Granddad who sadly passed away in 2006. We still have his accordions. He loved to play. He was a wonderful man.

‪Matthew Whitehead said ‘He was my granddad too. We used to pretend to play those accordions when we were little (Obviously when he wasn't looking!) ALF WAS THE MAN!

Ice cream, or Gelato, was invented by Cosimo Ruggieri, alchemist and astrologer to Caterina de' Medici in 16th century Italy. By the 1870s Italian emigration to Britain was from the valleys of Parma in the north, and the Liri valley, half way between Rome and Naples. A railway network had been started and helped the people from the Liri valley to migrate to the North of Italy, and then on to Britain. The people from Parma were predominately organ grinders, while the Neapolitans from the Liri valley made ice cream.