Ganseys are fishermens' jumpers, known elsewhere as Guernseys or Jerseys.

Each port has its own pattern, folklore says that is because if a fisherman's body was ever washed up ashore it would be taken to the port of the pattern for identification.

They are usually a very tight snug  fit to keep the wearer extra warm, worn on top of underclothes and a shirt with a smock and oil skins over the top. Often round the neck would be a type of neckerchief /scarf worn tight.

A hand knitted gansey is a work of art. They are knit on five steel needles in just one piece with no seams at all. They used to be knit in oiled wool making them more waterproof but you cannot get oiled wool now so they are knitted in a 3/4ply wool. For going to sea they are always in a dark navy wool. Ashore the fishermen would wear a pattern and colour of their choice.

Each Pattern has its own name, taken from everyday objects noticed and used at sea in the daily tasks. For instance, a diamond matched the shape of a the pattern of the fishing net or mesh. The pattern could contain ropes or cables of every thickness, anchors, herring bones, sand or shingle, a moss stitch, flags  etc.

The neck is also knitted 'in the round' making a small stand up collar of about two inches high. Clever knitters would work the wearers initials or name into the welt.

The Scarborough gansey is about the plainest one it being a simple moss stitch for about two thirds of the gansey then a plain knit.  The maritime centre has a selection of pattern samples knitted in ten inch squares. It was created by Mrs Rachel Jenkinson and the late Mrs Shirley Oakes. We also have a 'pad belt' that is about 120 years old and it was used to hold the needles while the gansey was being worked on.

Ganseys lasted for the lifetime of the wearer and sometimes they were handed down from one generation to the next. They were worn all year round and could always be repaired, usually around the cuffs and sleeves, where they would get worn out from work.

Not many can knit these types of gansey today and it is usually the older woman in the family who could do them. It could take many many hours to complete a gansey. Patterns were handed down from generation to generation. We are told they can be knit on machines today but of course they are not the same.

In 2010 a display panel was produced for the Scarborough Quilters to show the patterns and designs. It can be seen in the maritime centre. 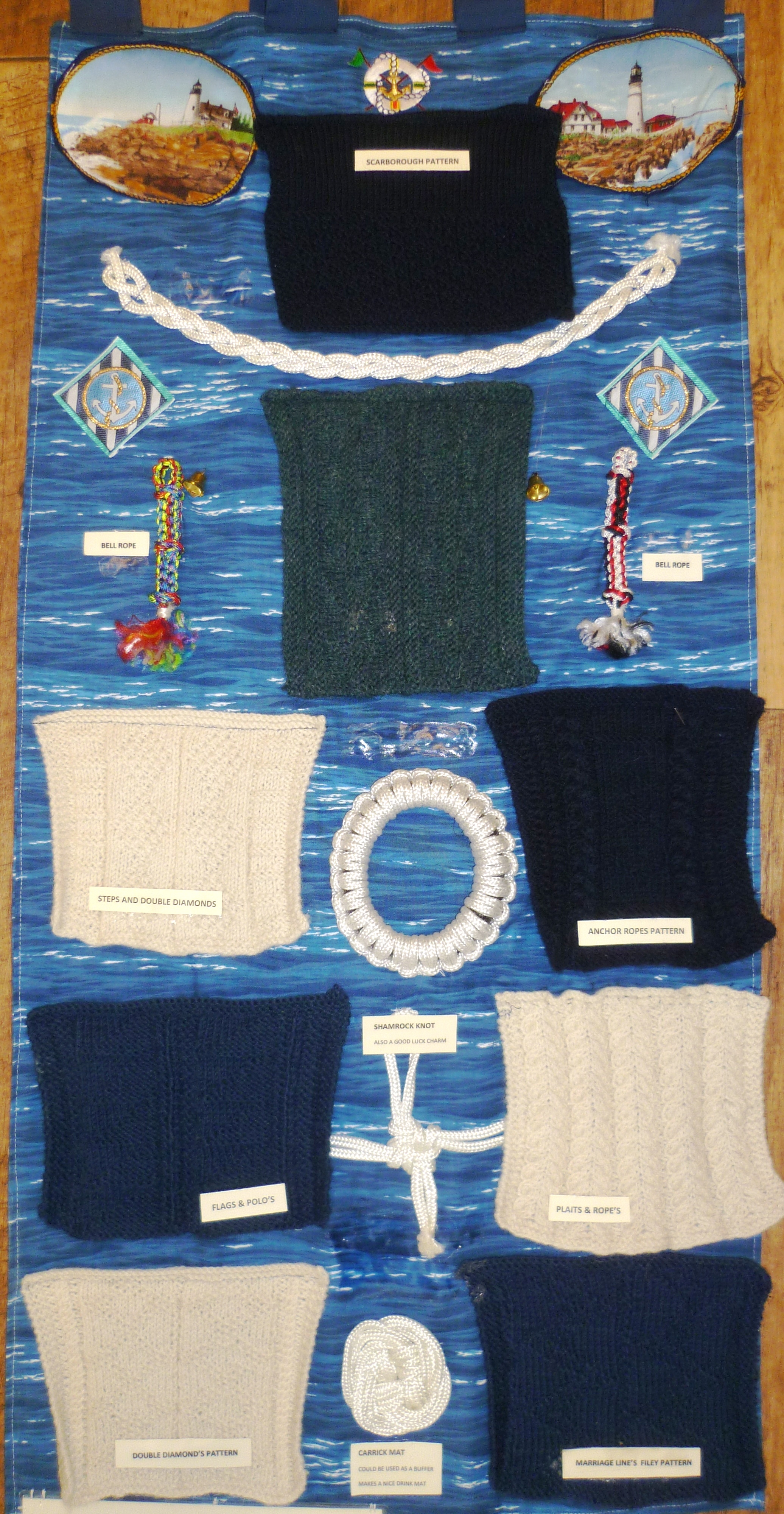